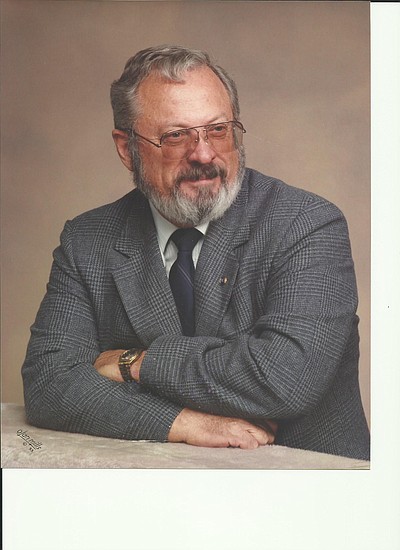 Dick spent time in both Sacramento and Fallon after his parents divorced. He graduated from Churchill County High School in 1953, earning three scholarships to attend the University of Nevada, Reno.
He met his bride-to-be, Joan E. Heater, at his summer job as Chief Lifeguard at the City of Fallon pool. They married in 1957 and daughters Elaine and Celeste joined the transient little family as they moved from one Army post to the next across the U.S.

Dick launched his military career while still in college, being active in ROTC and the UNR Rifle Team. After graduation, he joined the Army as an officer and became a pilot, flying helicopters and airplanes in both the Korean and Vietnam wars. His final assignment in the Army was at Weber State College in Ogden, Utah as Professor of Military Science and the head of ROTC. Retiring from the Army as a Lt. Colonel, Richard continued his campus career as the Director of Student Financial Aid at Weber State.

Retirement from the college left him time to dedicate to his lifelong passion, the Boy Scouts of America. He was also very active in Kiwanis, serving as both Governor and Lt Governor of the Ogden Club before turning his gavel over to the next generation.

Richard was preceded in death by his parents and partner of 20 years, Jan Smith.

A celebration of life will be held at a later date. In lieu of flowers, donations can be made to the Boy Scouts of America through your local chapter.