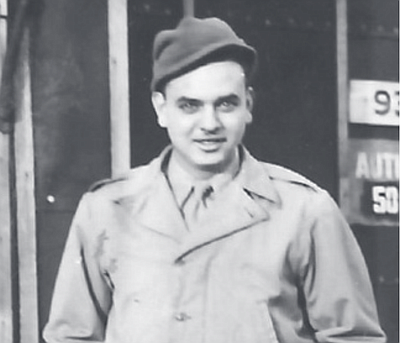 Norman was part of our Greatest Generation. Drafted as a Soldier in the U.S. Army Air Corps, he was sent to the Pacific Theater to work on radar stations in the Solomon Islands and the Philippines. He was honorably discharged after attaining the rank of Staff Sergeant.

Norman lived for over 40 years in Tenafly, New Jersey with his wife, Judith Ann Greenspan (née Tunick), before moving to Carson City, Nevada nearly 30 years ago.

In 2009 Norman and Judy started “Lamp Doctor,” an antique light repair business, that handled everything from desk lamps for local residents, to major restorations for Carson staples like the Bliss Mansion and Adele’s Restaurant.

An avid fisherman, Norman especially enjoyed summer trips to Belgrade Lakes in Maine, as well as Lake Tahoe and Lahontan.

Norman was a longtime member of Ahavath Torah and Temple Emmanuel in Englewood, New Jersey, and Temple Bat Yam, in South Lake Tahoe, CA, where he formed many deep friendships with members of the congregation.

Norman was predeceased by his wife, Judith Ann, and sister, Iris Hopkowitz, of Englewood, NJ.

We will miss his devotion to family and friends, his smile, his warmth, his love for life, his knowledge, experience and wisdom, and willingness to always share them.

Graveside services were held at Eastside Memorial Park in Minden. Memorial contributions may be made to Temple Bat Yam, South Lake Tahoe, CA.

Norman worked on lamps until the end. May they light his way into heaven where we hope he’ll “leave the light on for us.”