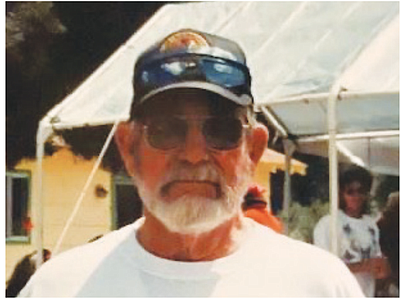 Clinton D. Hershey was born in Bakersfield, CA on June 17, 1941 to Ethel Lorain and Richard Marion Hershey and passed peacefully in his sleep at his home in Walker, CA on May 5, 2022. Clint, the oldest of 5 children, grew up helping his grandparents at the Cottonwood Creek Pack Station, in Lone Pine, CA. He graduated from East Bakersfield High School in 1960
and married Effie Lou Barbour on May 4, 1964. Clint and Effie were married for 50 years before she preceded him in death in 2014. They raised their two daughters, Janice and Daneece in Walker, CA.

Clint worked as a heavy equipment operator for CalTrans and retired with over three decades of service to the State of California. Clint diligently served his community as a member of the Antelope Valley Lions Club for 45 years, where he was the recipient of the Melvin Jones
Fellowship Award to recognize his exemplary service to his club and the community. He received a perfect attendance award every year from the Lions Club and was also the recipient of the Lion of the year.

He was a generous man to his family, friends, and community, giving of his time and his talents. He loved to golf and fish, travel with his wife Effie and close friends in their RV and go on adventures around the globe, which included destinations such as Scotland, South Africa,
Mexico, the Caribbean and Canada.

Clint was a devoted, husband, father, bother, uncle, friend and member of the community and
he will be greatly missed by many who loved him.