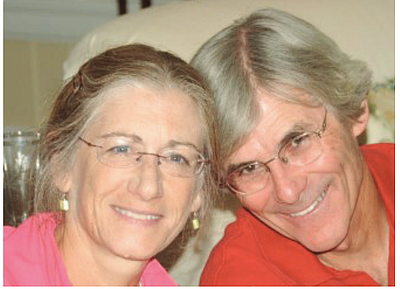 Gregory J. Hayes, M.D., M.P.H., who advocated for the establishment of the UNR School of Public Health and directed it during its inaugural year, passed away at Carson Tahoe Hospital after a short illness on November 21, 2022, two weeks before his 77th birthday.

Dr. Hayes received his MD in 1972 from the University of Southern California. After several years of work as a staff physician and general practitioner he became interested in public health and served as County Health Officer for Alpine County in California during the 1980’s. He earned his MPH at the University of Washington, and during the 1990’s became an Assistant Professor of Community Health Sciences and then Associate Professor and Chair in
the Department of Health Sciences at UNR, specializing in teaching bioethics in the pre-med program.

He served for nearly 15 years as a member of the Bioethics Committee at St. Mary’s Regional Medical Center. He retired from UNR at the end of 2004-2005 academic year and became an Associate Professor Emeritus.

He is survived by his wife of 38 years, Joan Wright, by his sister Suzanne in Phoenix AZ, his brother Steve at UNR, his dog, Ella and three cats, Lighning, Stripey and Bullseye.

Greg aka “Gregoire” or “ St. Francis” was proud to have been born in Camden, New Jersey on December 8, 1945. He grew up and was educated in Southern California.

He was known for his kindness, gentleness and handsomeness. He lived a healthy lifestyle setting both of his parents’ families’ male longevity records. He completed a 70.3 Half Ironman in 2017 at age 71 and most recently in 2022 a sprint triathlon in Fallon Nevada. He
returned in October from a cycling trip in Pulgia, Italy with friends and family.

His death was entirely unexpected.

There will be a memorial on May 21 in Markleeville. Please contact his wife for details and to RSVP.

Donations should be made to the Northern Nevada Humane Society or Friends of Hope Valley.