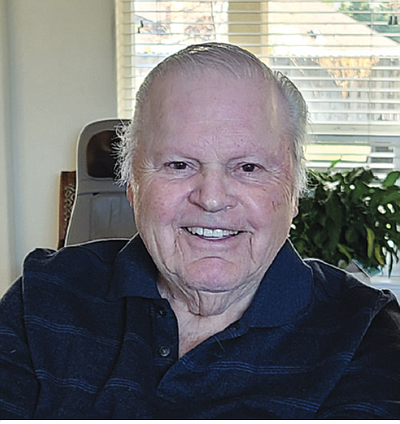 William (Bill) James Lewis 87, died after a 4 year battle with cancer on September 29, 2022 at his home in Carson City, NV Surrounded by his family. Bill was born in Dell Rapids, South Dakota on October 21, 1934.

He was preceded in death by his parents Oliver and Coletta Lewis, brothers Bob, Jack and Eugene Lewis and sisters Donna, Geraldine and Jean Ann Lewis.

Bill had a great sense of humor and sprit for life. Even in his final days he joked that we knew where to find him when serving him dinner or that we should make a tee time for a round of golf the next day. He made many memories with family and friends and always made the
time together enjoyable. Vacations and golf trips, which always included a happy hour, were some of his favorite memories. Bill loved his family very much and was always available to offer support and guidance to help in any way he could.

Bill graduated High School at 17 in 1952 in San Jose, CA after which he entered the Navy. After his service, Bill returned to San Jose where he met the love of his life Marion and later married in 1957. Bill began his career with IBM in 1959 as a service technician and
proceeded to become one of the company’s top performing salesmen.

In 1972 Bill partnered with Marv Teixeira and relocated to Carson City to open Carson Sports Center which, at the time, was Carson City’s first sporting goods store. In 1980 Bill went to work at the Economic Development Administration for the Federal Government and remained
there until 1995 when he retired.

Bill had many hobbies. He loved playing golf with his friends, restoring antique cars, hunting, fishing and camping. He also loved watching his grandchildren participate in sports and never missed a game. Bill was the best Husband, Father, Grandfather and friend anyone could hope for. He will be dearly missed.