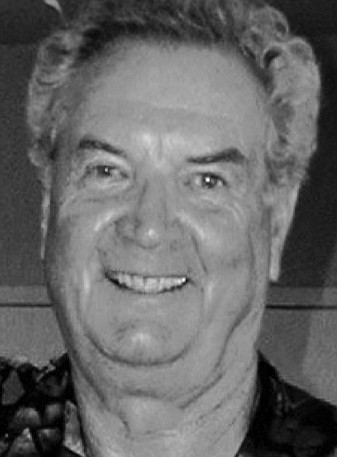 Paul Hardy of Minden Nevada, passed away on August 13, 2022, one week after celebrating his 90th birthday with his family. Paul was born on August 6, 1932 in Butte Montana to his parents Stanley and Lorna Hardy. The family later moved to southern California. He graduated from Manual Arts High School in the Los Angeles area in 1950. He served in the Air Force, primarily in Puerto Rico, during the Korean War. In 1955 Paul married Nancy Blunt. They had their son Ed and daughter Kathy who grew up in San Pedro. When their children were grown, they moved to the central California coast city of Atascadero. In 1984 Paul retired from Pacific Bell (now AT&T). Paul and Nancy traveled all over the world, and took each of their grandchildren on a trip during their senior year of high school. Those trips took them to the United Kingdom, including Ireland and Scotland, France and Australia. Later Paul and Nancy moved to Minden Nevada, purchasing their very first brand new home. They had a great group of friends in their new neighborhood, and many great parties were had. Nancy passed away in 2018 after more than 60 years of marriage. Paul was predeceased by his parents Stan and Lorna, his brother Dick, sister in law Bonnie Flannery and his wife Nancy. He is survived by his children Ed Hardy (Kim) and Kathy Lim (Jeff). Also his grandchildren Brian, Kevin and Eric Lim, and Kristi Smith. He also leaves behind 5 great- grandchildren: Ronan, Sierra, Killian and Parker Lim and Jackson Smith.

At Paul’s request, no services will be held.