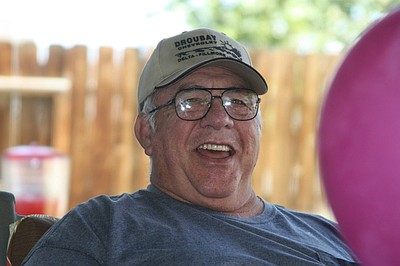 Ralph Joseph Maes Sr. was born on October 12th, 1942 in Ely, Nevada to Raymond and Clara Maes. In early 1960 he enlisted in the United States Army and spent the bulk of his time with the military in Germany. He returned home to Ely in March of 1963. Upon returning he nearly immediately met and married the love of his life, Carla Pulley. Ralph and Carla were married on June 1, 1963. They were married for 59 years and together they raised four beautiful children.

Ralph worked many odd jobs, until settling into working for the Nevada Northern Railway. When the railroad came to a close, he went to work at the Alligator Ridge Mine. In 1990, he and Carla moved to Fallon, Nevada to work at the Rawhide mine. After ten years in Fallon, they retired and returned home to Ely. Never one to sit still, shortly after returning to Ely, Ralph went to work driving the Ely bus until he officially retired.

He loved to hunt and fish and spend time with his family. He was ruthless in his teasing of those he loved, but would always follow it up by reminding them that “you wouldn’t know I loved you, if I didn’t tease you.” Ralph was an incredibly devoted husband and father and was happiest when he was surrounded by those he loved most, including his K9 companion, Oscar.

As per Ralph’s requests, there will be no services.