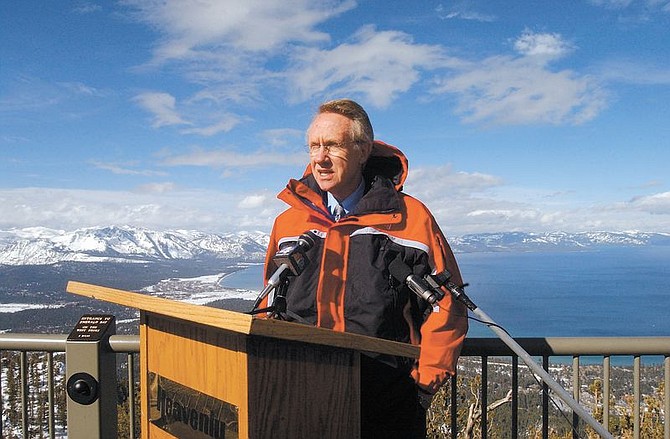 U.S. Senator Harry Reid speaks with reporters at the top of Heavenly Ski Resort over looking South Lake Tahoe Saturday. Reid spoke out against Pres. Goerge W. Bush&#039;s decision to support the Yucca Moutian nuclear dump facility calling the decision a broken campaign promise against the people of Nevada. Both republicans and democrats from Nevada have voiced their disapproval in Bush&#039;s decision. Photo by brian Corley 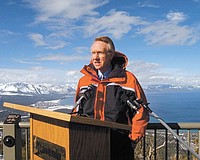