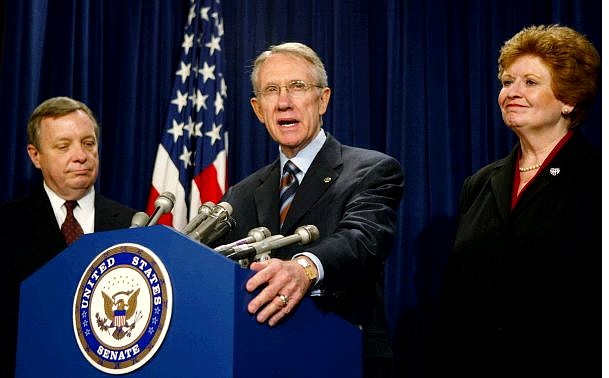 J. Scott Applewhite/Associated Press Sen. Harry Reid, D-Nev., speaks to reporters in the Capitol after winning election by his Democratic peers as the new Senate minority leader in the 109th Congress in Washington on Tuesday. Reid succeeds Sen. Tom Daschle, D-SD, who was defeated for re-election Nov. 2 in South Dakota. 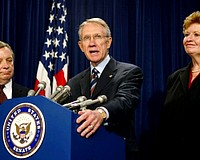