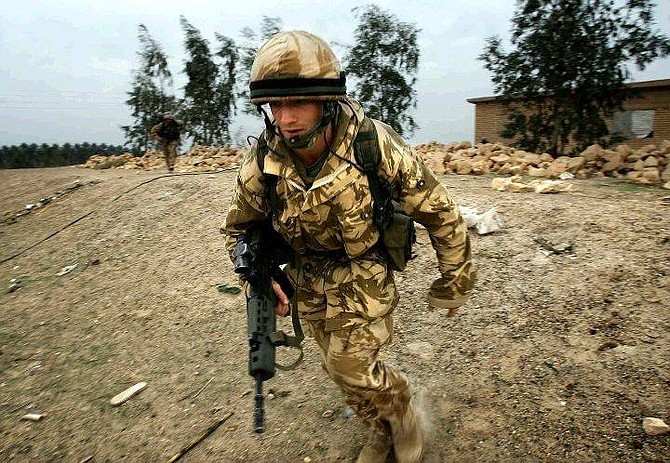 British soldiers of Delta company from the Black Watch regiment run for cover after a mortar round exploded near their position at the bank of the Euphrates river 25 miles south of Baghdad, Iraq Wednesday Nov. 17, 2004. About 850 British troops, mainly from the Black Watch, are deploying in a restive region just south of Baghdad, allowing U.S. troops to reinforce units fighting insurgents in the Sunni Muslim city of Fallujah . (AP Photo/Damir Sagolj, Pool) 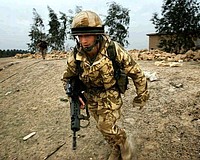