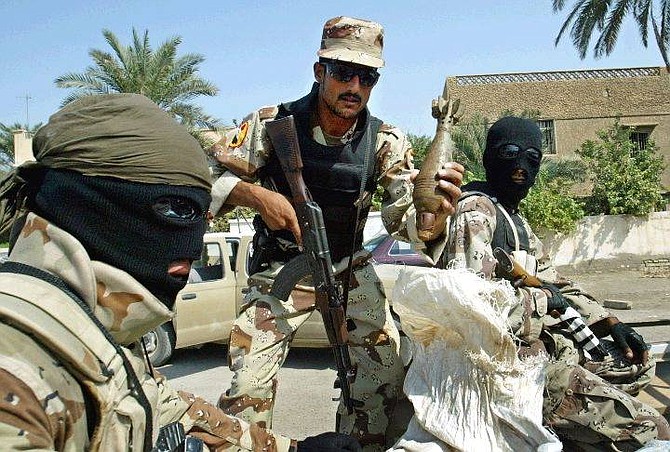 Soldiers from the Iraqi National Guard show off mortars after militia members delivered sacks of the rounds to Iraqi security forces in the Sadr City neighborhood of Baghdad, Iraq, Monday, Oct. 11, 2004. Militia members began turning in weapons and ammunition in exchange for money Monday as part of a deal with the Iraqi government to end the violence between them and U.S. forces.(AP Photo/John Moore) 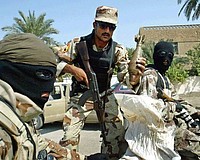