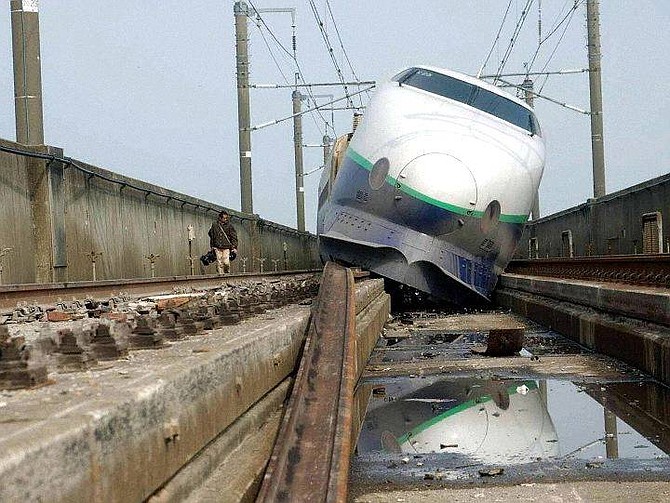 A rear car of the &quot;Toki No. 325&quot; bullet train sits derailed in Nagaoka, northwest of Tokyo, Monday, Oct. 25 2004. For four decades, Japan&#039;s high-speed &quot;bullet&quot; trains have moved millions of people through this earthquake-prone nation efficiently, at high speed and without a single derailment, until now. The 6.8-magnitude quake that ravaged northern Japan on Saturday knocked the &quot;Toki No. 325&quot; off its tracks, jarring train officials and prompting a full-scale reassessment of the safety of Japan&#039;s sensitive railway systems. (AP Photo/Katsuya Sato, Pool) ** JAPAN OUT** 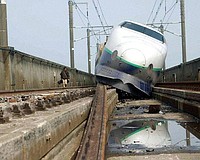 Emergency workers struggle to get aid to quake-ravaged northern Japan