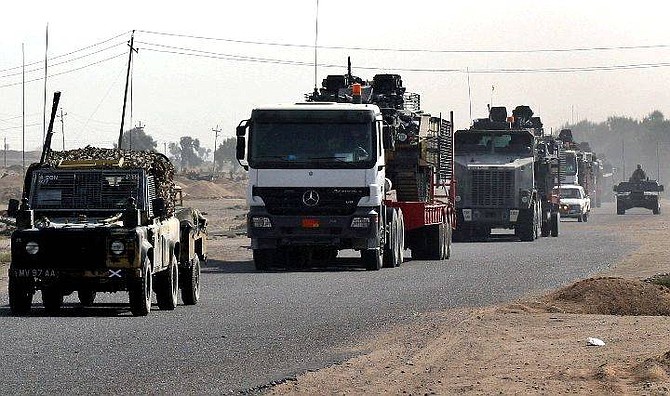 British Army Warrior armoured vehicles of the 1st Battalion, The Black Watch regiment are moved on trucks in a convoy secured by the US Army for redeployment from Basra, Iraq, towards Baghdad Wednesday, Oct. 27, 2004. Nearly 800 British forces left their base in southern Iraq on Wednesday, heading north toward Baghdad to replace U.S. troops who are expected to take part in an offensive against insurgent strongholds. (AP Photo/Nabil Al Jurani) 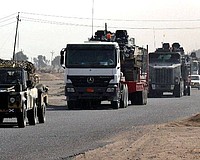