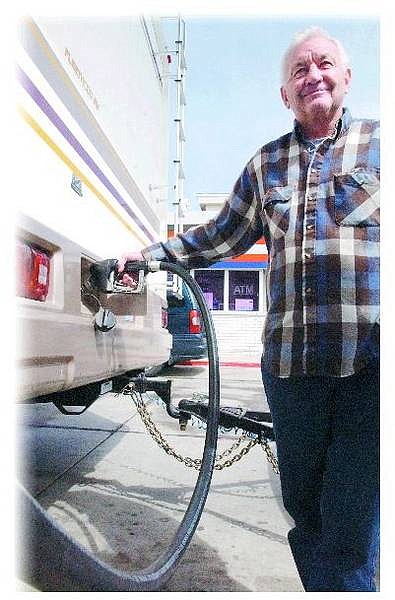 Dennis Baggett, of Missoula, Mont., stops in Carson City on Friday afternoon to fill up his Bounder Fleetwood recreational vehicle. Baggett said he&#039;ll keep driving even though gas prices are high, but he&#039;ll complain about it. Rick Gunn/Nevada Appeal 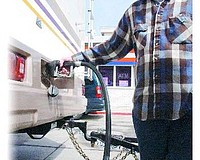 More and more money for oil

Dennis Baggett pulled his giant Bounder Fleetwood Recreational Vehicle into an open space at the North Carson Street Arco AM/PM and took out his debit card. It's time to pay the price for his semi-retirement tour of the West Coast with his cat, Skidder. A blue Ford 4X4 is hitched to the RV. He takes up the entire side of a pump island.