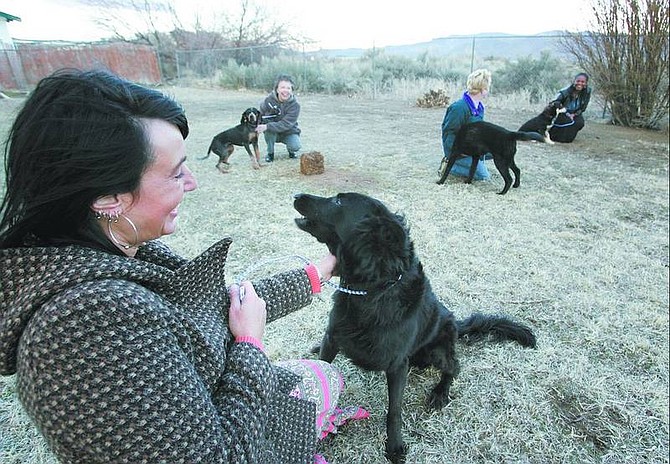 Cathleen Allison/Nevada Appeal Lorayn Walster, left, plays with Gypsy Thursday afternoon at the Canine Country Club in Minden. Walster and volunteers from left rear, Dorothy Morrison with Gracie, Corrine Gentry with Patrick and Marcie Young with Scooter play with some of the rescue dogs who are available for adoption through Dog Town Canine Rescue. 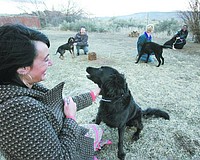 Seeking a few good men for a lot of good mutts