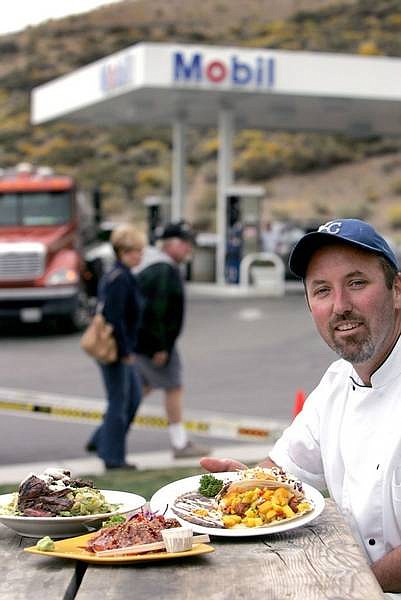 Crissy Pascual/San Diego Union-Tribune Chef Matt Toomey, right, poses in September outside of the Whoa Nellie Deli located along the Tioga Pass in the Eastern Sierra. Along U.S. 395, between Independence and Walker, Calif., 21st-century edible treasure hunters are delighting in delectables that would wow diners in New York City, San Francisco or the Napa Valley. 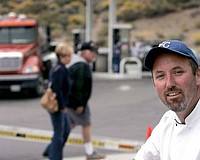 LEE VINING, Calif. - A century ago, prospectors were scouring the Eastern Sierra, searching for gold. These days, foodies are doing the prospecting - and they're striking it rich.