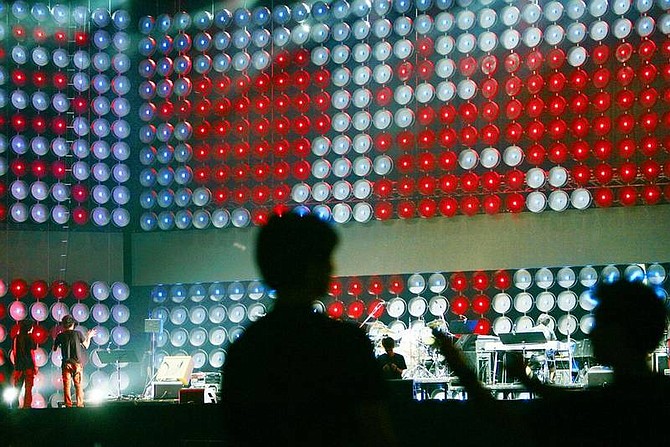 Stage staffs work on for a rehearsal, a day before the Live Earth concert, at a hall in Makuhari Messe, Chiba, Japan, Friday, July 6, 2007. Japan will host two concerts as part of the Live Earth events happening in eight countries around the world, with some of the biggest names in music playing for 24 hours across the globe to raise awareness of global warming. One of the concerts in Japan will be held at Makuhari, just outside Tokyo. The other will be at an ancient temple in Kyoto, western Japan.(AP Photo/Katsumi Kasahara) 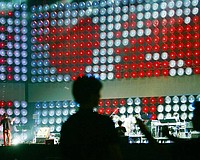