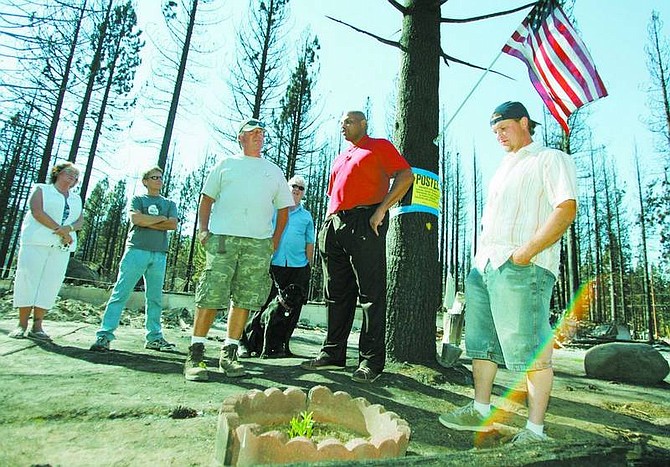 Brad Horn/Nevada Appeal Charles Barkely, in red, talks with Angora fire victim Tony Colombo, in shorts center, at the site of Colombo&#039;s destroyed home on Olympia Circle in South Lake Tahoe, Calif., during a media tour of the area on Friday. Barkley donated $25,000 to Angora fire victims and plans to take 100 firefighters to dinner today. Colombo said that the plant in the foreground, a Stargazer Lily, is the only thing that survived the fire. They named the plant Phoenix, but after Barkley visited the site they changed its name to Phoenix Barkley, referring to Barkley&#039;s days with the Phoenix Suns. 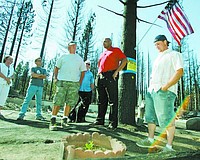 Charles Barkley: 'We need to follow up in disaster areas'