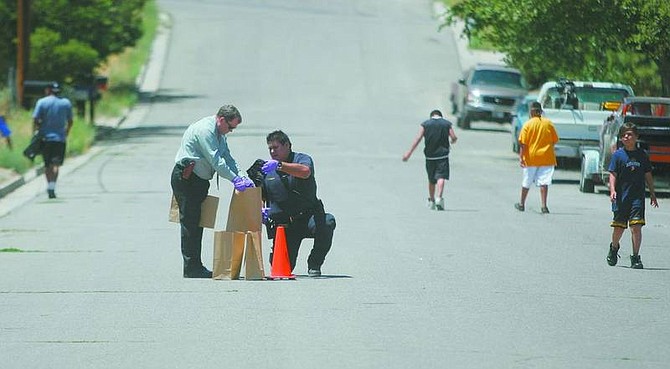 BRAD HORN/Nevada Appeal Tribal Police Chief Richard Varner, left of orange cone, and an unidentified tribal police officer investigate the scene on Oneida Street at the Carson Colony after a fight between two adult men on Wednesday. One of the men was flown to a Reno hospital. 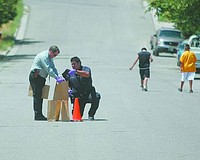