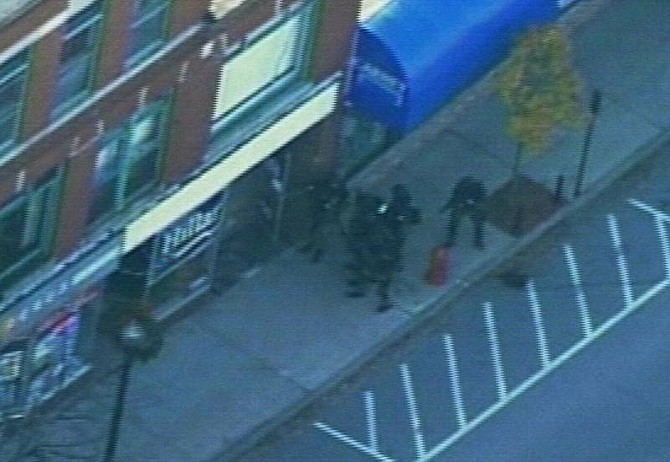 In this image taken from AP Television News, S.W.A.T. team members approach the door of Hillary Rodham Clinton&#039;s campaign office in Rochester, N.H., Friday Nov. 30, 2007. A man claiming to have a bomb walked into a Clinton campaign and took at least two hostages, police and witnesses said. (AP Photo/APTN) 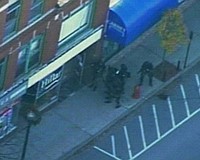