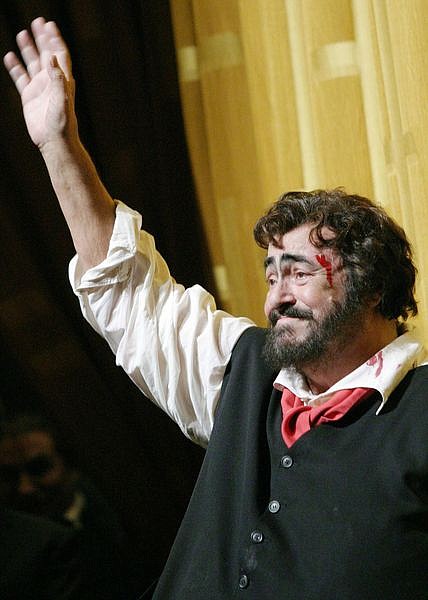 ** FILE ** Italian tenor Luciano Pavarotti waves to the audience during the curtain call of Puccini&#039;s &quot;Tosca&quot; at the Metropolitan Opera in New York, in this March 13, 2004 file photo. Pavarotti, whose vibrant high C&#039;s and ebullient showmanship made him one the most beloved tenors, has died, his manager told The Associated Press Thursday Sept. 6, 2007. He was 71. (AP Photo/Tina Fineberg, files) 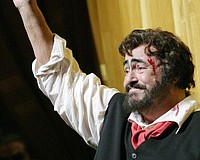