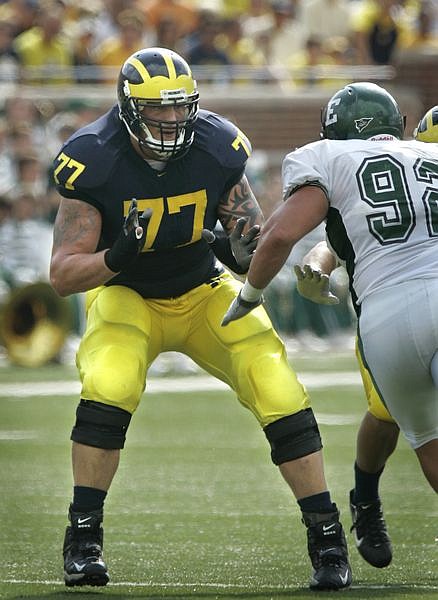 University of Michigan offensive lineman Jake Long (77) goes up against Eastern Michigan defensive lineman Eric Young during a football game at Michigan Stadium in Ann Arbor, Mich., Saturday, Oct. 6, 2007. If the Miami Dolphins make Long the top selection in the 2008 draft he will be the first offensive lineman, and fifth in league history, to be the No. 1 pick since 1997, when the St. Louis Rams took Ohio State tackle Orlando Pace. (AP Photo/Carlos Osorio) 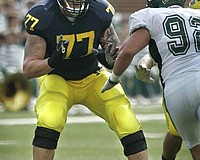