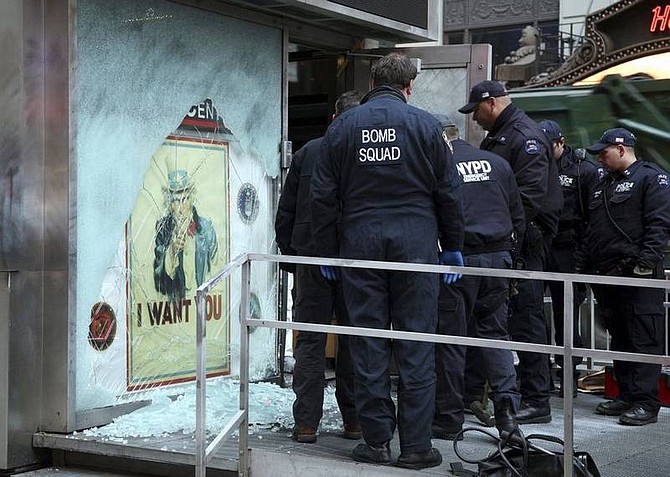 AP Photo/David KarpNew York police officers with the bomb squad unit inspect the damage done by an explosive device to the military recruitment center Thursday in New York&#039;s Times Square. New York City police say some kind of explosive device was set off near a military recruiting station in Times Square. Police also say there were no injuries in the blast early Thursday morning. The recruiting center at 43rd Street near Broadway had a large hole in the front window. 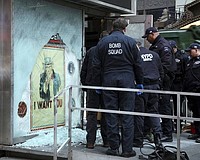