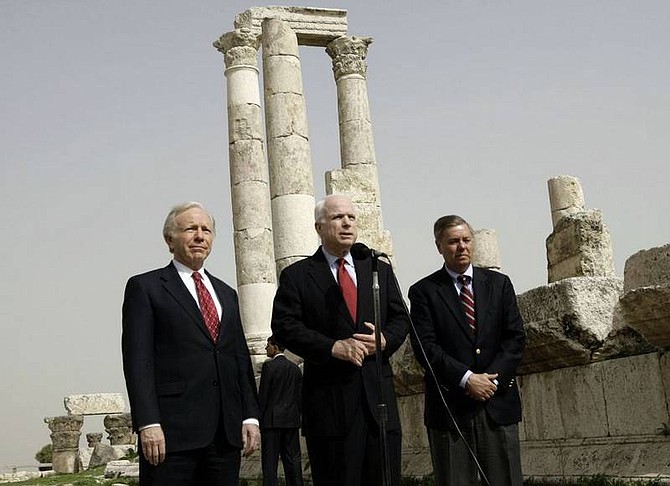 AP Photo/Nasser NasserAccompanied by two of his top supporters in the race for president, Sen. Joe Lieberman, left, and Sen. Lindsey Graham, right, Sen. John McCain, center, talks to reporters during his visit to Amman, Jordan, Tuesday. McCain said Tuesday that any hasty pullout from Iraq would be a mistake that would favor Iran and al-Qaida.