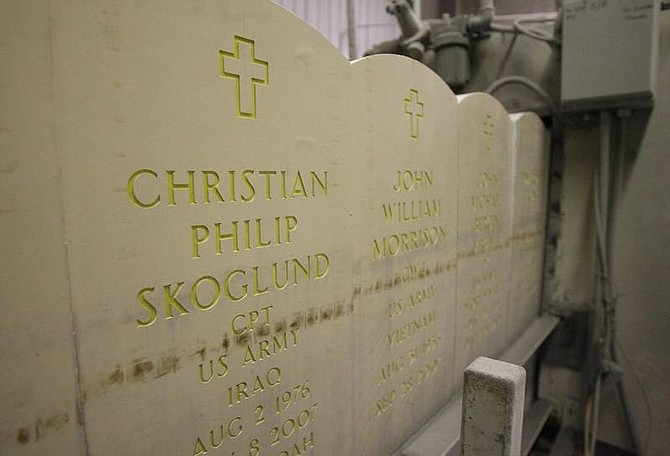 Toby Talbot/Associated Press )A monument moves down the line at Granite Industries of Vermont in Barre, Vt., Thursday, Dec. 20, 2007, that will stand among the perfect rows of the rolling hillsides of Arlington National Cemetery. By far, most of the 2,000 to 3,000 stones carved each month by the workers from Granite Industries of Vermont belong to veterans of World War II, Korea and Vietnam or are replacement markers that can go back to the Civil War or the American Revolution. But with a saddening regularity, the names appear of soldiers, sailors, airmen and Marines killed in Iraq, Afghanistan and elsewhere since the 2001 attacks on the United States ushered in a new era of war. U.S. Army Cpt. Christian Skoglund was killed Nov. 8, 2007 in northern Italy after the crash of a U.S. Army helicopter. He served a year in Kuwait in support of Operation Iraqi Freedom. 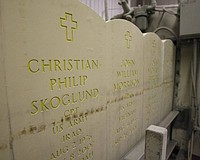 BARRE, Vt. - In a noisy stone shed, far from the perfect rows of gravestones at Arlington National Cemetery, a dozen people carve the monuments to a nation's war dead.