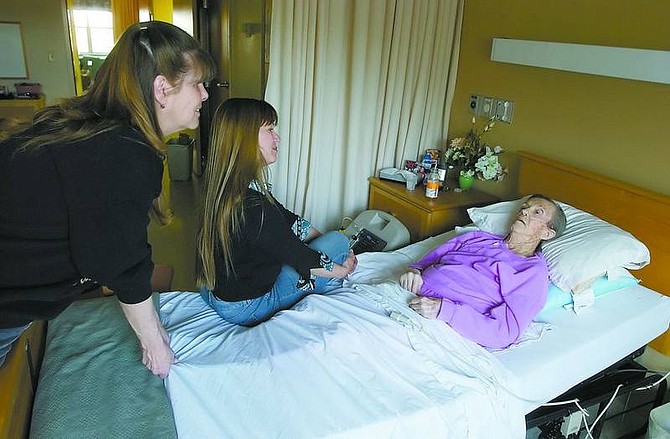 Photo by Rick Roach for the Nevada Appeal Loretta Williams, 88, of Gardnerville, talks Saturday with her daughter Mary Clark, left, and niece Michele Roach at Evergreen Healthcare. Saturday morning, caregivers at the facility found Williams in her bed not breathing and without a heartbeat. After running a series of checks, an official confirmed Williams was deceased and pronounced her dead at 11:43 a.m. About an hour and a half later, Williams, already in a transport bag, stunned the coroner when he found her with her eyes open and breathing. Williams told family members that during that time she saw her late husband who died on the same date 26 years earlier. 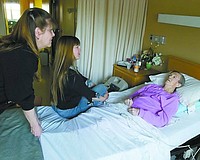