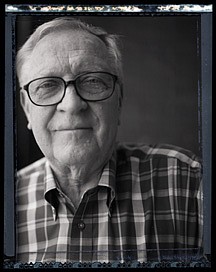 ** FOR RELEASE WEEKEND EDITIONS JULY 11-12 AND THEREAFTER ** Nevada System of Higher Education Chancellor Jim Rogers is photographed in Las Vegas on Wednesday, June 17, 2009 on one of his final days in the office. Having built a business empire as a hardball lawyer and no-nonsense owner of a group of television stations, Rogers has stepped down after five years as chancellor of Nevada&#039;s public colleges and universities. (AP Photo/Las Vegas Sun, Sam Morris) ** MANDATORY CREDIT; LAS VEGAS REVIEW-JOURNAL OUT ** 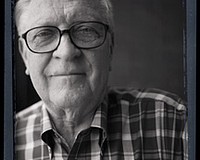