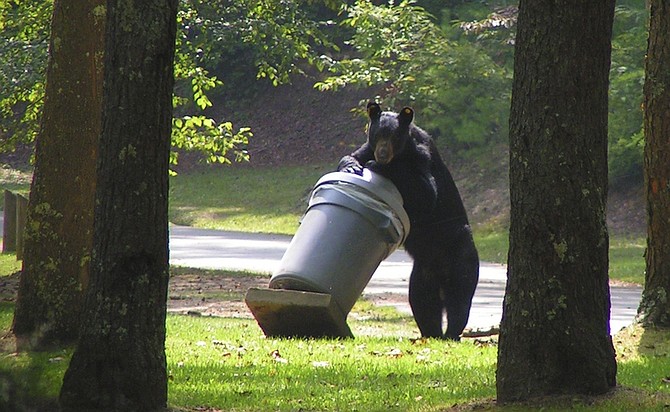 An undated handout photo released by the Kentucky Department of Parks shows a bear raiding a garbage can at Kingdom Come State Park near Cumberland, Ky. With black bear populations rising, run-ins have become almost commonplace-- more than 15,000 in the past year in states east of the Mississippi River according to a survey of state wildlife agencies. (AP Photo/via Kentucky Dept. of Fish and Wildlife Resources, Dave Huff) 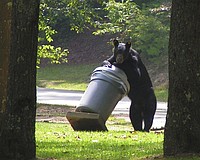