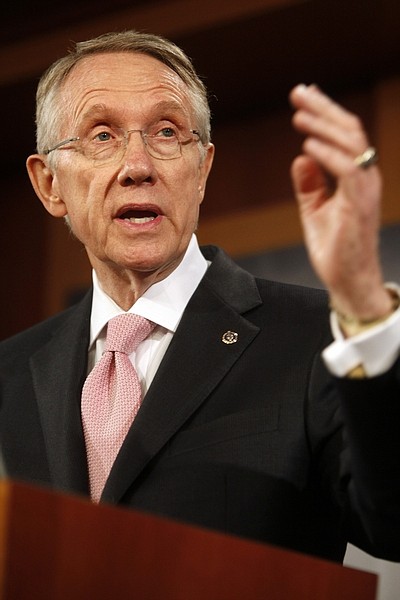 FILE - In this April 28, 2009 file photo, Senate Majority Leader Harry Reid gestures during a news conference on Capitol Hill in Washington. Reid will take the stage with President Barack Obama on Tuesday at a Las Vegas-style fundraiser billed as &quot;The Good Fight.&quot; But the big-dollar bash is begging the question: Where&#039;s the fight? (AP Photo/Jacquelyn Martin, FILE) 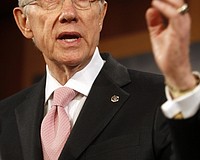 Sen. Harry Reid rakes in campaign cash, even without opponent