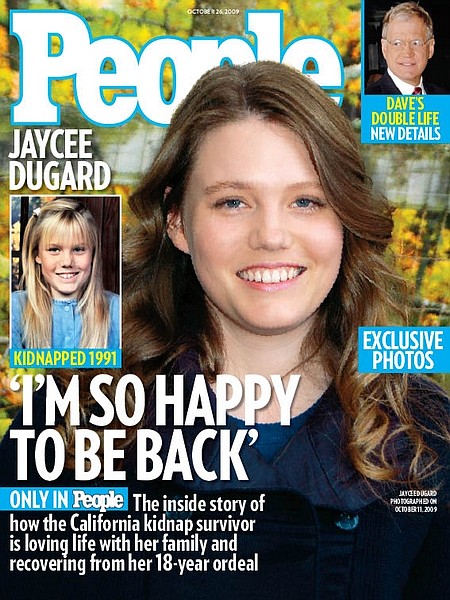 In this image released Wednesday, Oct. 14, 2009, by People Magazine, the cover of the magazine is shown with Jaycee Dugard. Dugard was 11 when police say she was abducted outside her South Lake Tahoe home in 1991, she is now 29. Dugard decided to release photos to People magazine as a way to &quot;share her joy with the world&quot; and show how well she&#039;s doing. (AP Photo/People Magazine) ** ONLINE OUT; INTERNET USAGE OUT; NORTH AMERICAN USE ONLY; NO SALES ** 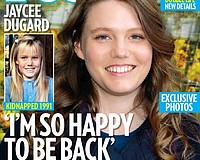