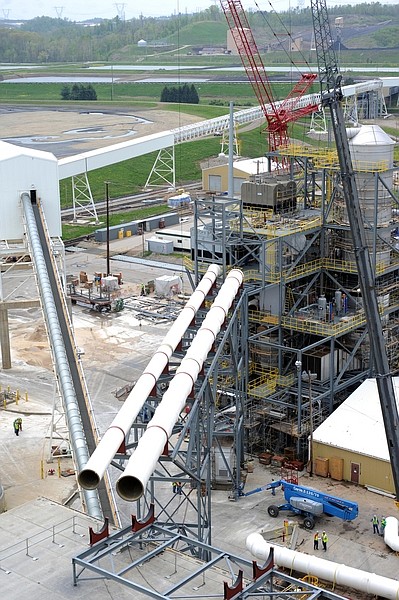 In this April 30, 2009 photo, a carbon dioxide capture system is seen under construction at American Electric Power&#039;s Mountaineer Plant in New Haven, W.Va. Consumers and businesses may finally be seeing some relief from rising utility bills, thanks to the biggest decline in U.S. electricity demand in decades. Prices on wholesale markets are expected to decline for the rest of 2009, according to the Energy Information Agency. While rates will probably begin edging up again in 2010, it will likely be less than half the 6.2 percent jump recorded last year. (AP Photo/Jeff Gentner) 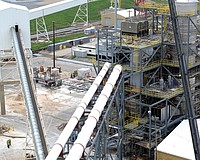