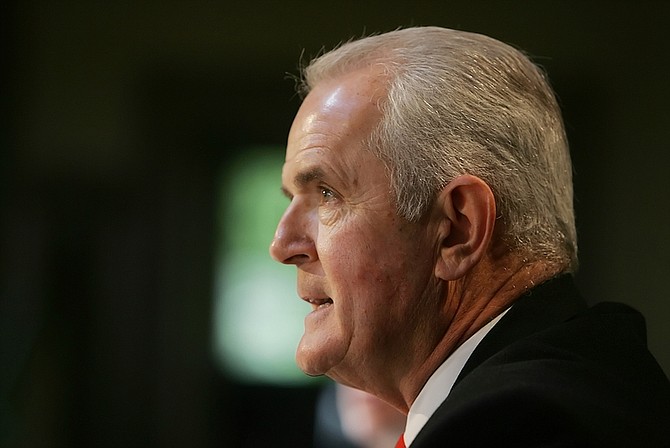 FILE - In this June 9, 2009 file photo, Gov. Jim Gibbons speaks during a press conference in Carson City, Nev. Nevada&#039;s budget is so far out of balance that by one account the state could lay off every worker paid from the general fund and still be $300 million in the red. The economic downturn has hit so hard that prisons may be closed, entire colleges shuttered and thousands left without jobs. (AP Photo/Nevada Appeal, Brad Horn) 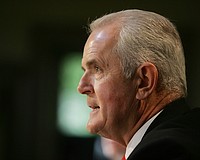