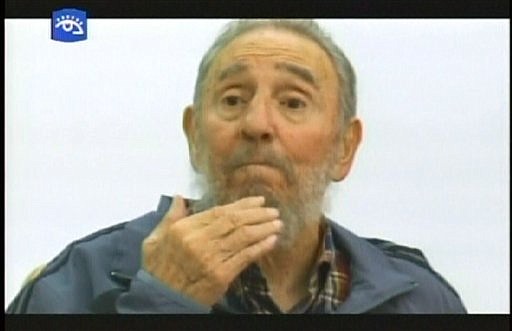 This television image provided by Cubavision shows Cuba&#039;s former president Fidel Castro speaking during an interview in Havana, Monday, July 12, 2010 on the &quot;Mesa Redonda&quot; or &quot;Round Table&quot; a daily Cuban talk show on current events. It was a rare appearance for Castro, who has stayed largely out of the public eye since a serious illness four years ago forced him from power. (AP Photo/APTN via Cubavision) 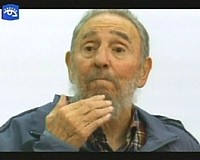 Fidel Castro suddenly back in view on Cuban TV