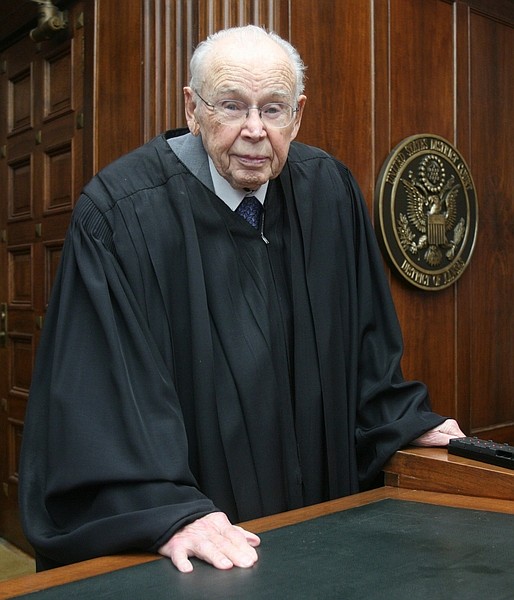 FILE - In this June 4, 2007 file photo, U.S. Federal District Judge Wesley Brown poses in Wichita, Kan. Brown is the oldest working federal judge in the nation, one of four appointees by President Kennedy still on the bench. Federal judgeships are lifetime appointments, and no one has taken that term more seriously than Brown.(AP Photo/The Hutchinson News, Travis Morisse, File) 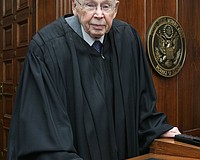