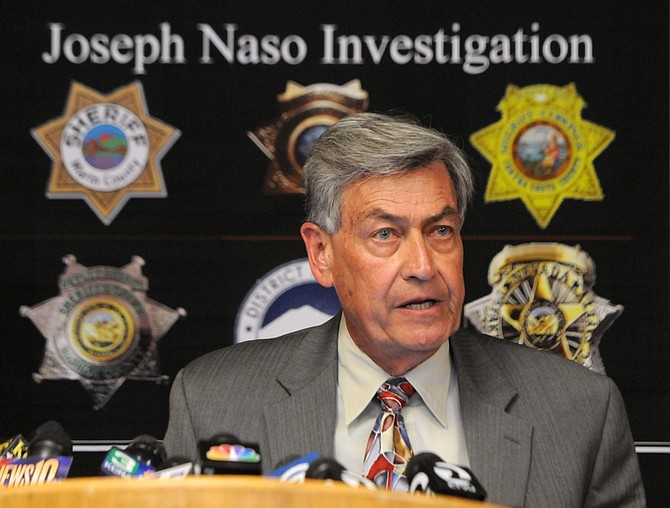 Marin County District Attorney Ed Berberian, at podium, gives a statement during a news conference on Tuesday, April 12, 2011 in San Rafael, Calif., regarding the arrest of Joseph Naso of Reno, Nev. Naso, 77, is accused of murdering four women whose bodies were found across Northern California over two decades. (AP Photo/Independent Journal, Alan Dep) **NO SALES MAGS OUT NO TV NO INTERNET MANDATORY CREDIT** 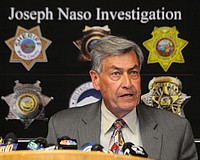