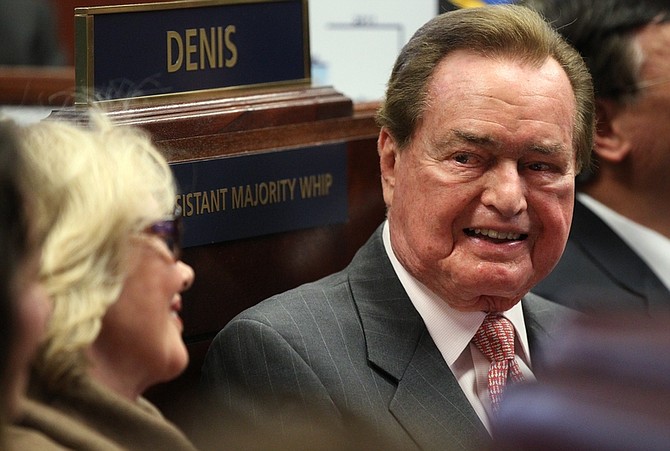 Retired Sen. Bill Raggio was inducted into the Nevada Senate Hall of Fame on Tuesday, April 19, 2011, at the Legislature in Carson City, Nev. Lawmakers honored Raggio during a ceremony on the Senate floor. Raggio&#039;s wife Dale is at left. (AP Photo/Cathleen Allison) 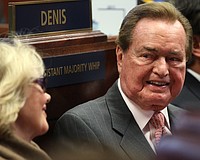