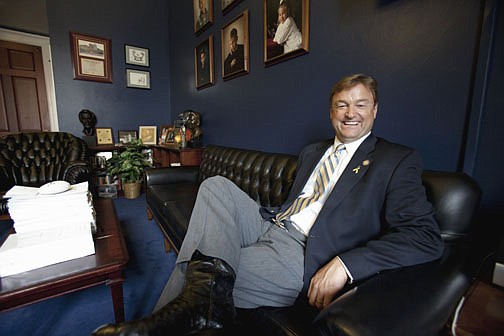 Rep. Dean Heller, R-Nev., is seen in his office on Capitol Hill in Washington, Tuesday, March 15, 2011. Heller announced a U.S. Senate run Tuesday after months of alluding to it and a week after fellow Republican John Ensign said he would not seek a third term as Nevada&#039;s junior senator. (AP Photo/Harry Hamburg) 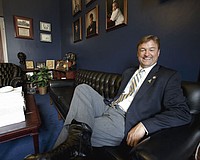