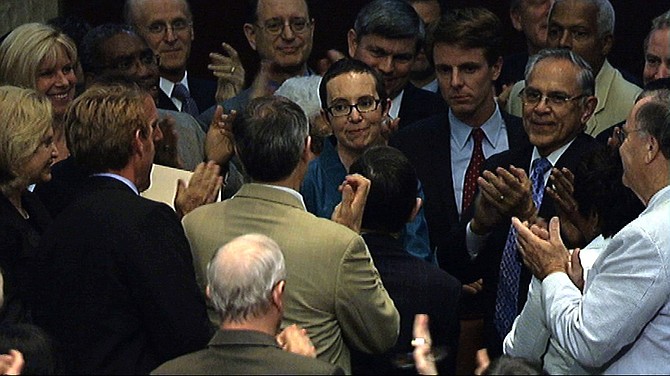 In this image from House Television, Rep. Gabrielle Giffords, D-Ariz., center, appears on the floor of the House of Representatives Monday, Aug. 1, 2011, in Washington. Giffords was on the floor for the first time since her shooting earlier this year, attending a vote on the debt standoff compromise. (AP Photo/House Television) 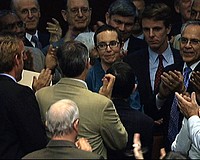 Giffords in House for first time since shooting