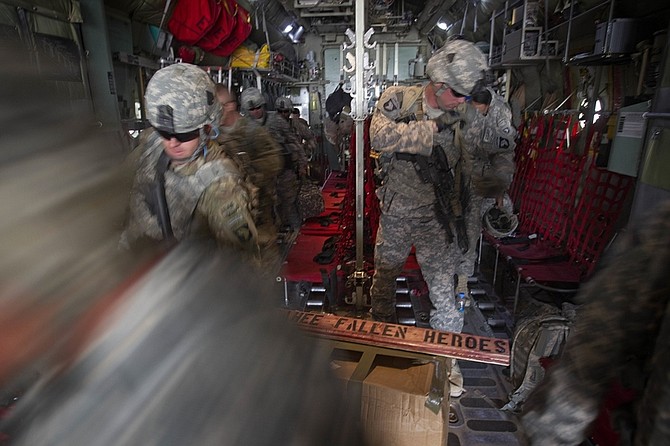 A memorial plaque sits atop of a box carrying framed photos of the 19 soldiers from the 4th Brigade Combat Team, 101st Airborne Division out of Fort Campbell, Ky., who were killed in action during the brigade&#039;s deployment, as soldiers from the unit land at the Manas Air Base in Kyrgyzstan after leaving Afghanistan returning home Sunday, Aug. 7, 2011 in Afghanistan. The 4th Brigade Combat Team, 101st Airborne Division is returning home after a year in Afghanistan as the last brigade to deploy as part of President Obama&#039;s 30,000 troop surge. (AP Photo/David Goldman) 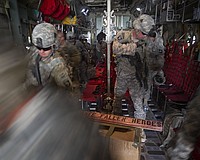