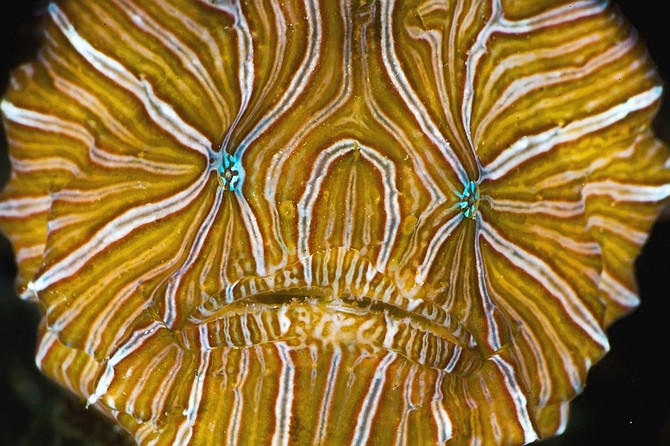 This undated image provided by seaphotos.com shows the face of a Histiophryne psychedelica, a highly atypical a psychedelic frogfish (Antennaridae) first described in 2009 from a handful of specimens photographed in Ambon, Indonesia in 2008. It has a vestigial, non-functional lure (illicium/esca) and probably traps its prey inside coral holes and crevices or within coral rubble. The unusual pattern is thought to mimic the appearance of several kinds of hermatypic coral, and while varying slightly from individual to individual, appears to remain unchanged throughout the life of each individual. (AP Photo/David Hall Seaphotos) 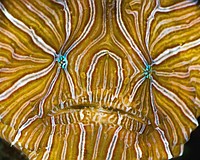