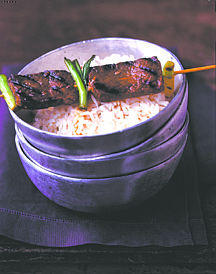 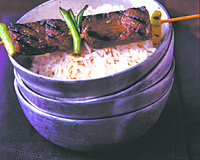 A second spoonful of ginger for your helath

A writer whom Newsweek has called "one of America's top 25 Asia hands" published a somewhat revolutionary cookbook, "A Spoonful of Ginger" (Knopf, 1999). In it, Nina Simonds introduced Westerners to the Chinese idea that food has health-giving properties, and that disease occurs when there is an imbalance in the "yin" and "yang" (negative and positive) energies in the body.