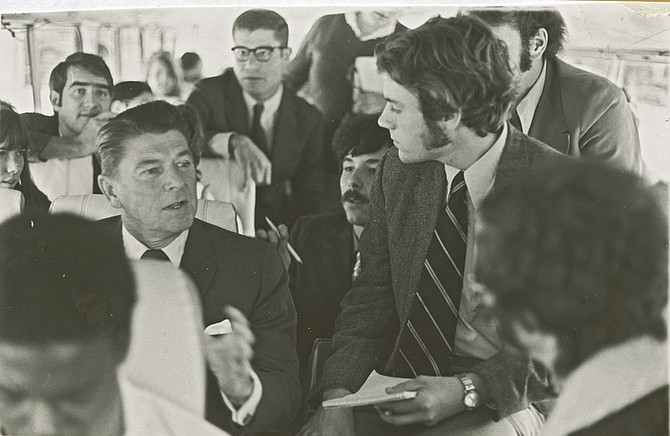 Photo by Steve BolingerRonald Reagan speaks with a group of USC journalism students on his campaign bus during his bid for re-election to the California governorship in 1970. Two rows behind Reagan is David C. Henley (wearing glasses), the students&#039; professor. Left of Henley is student Jim Spoo, who years later was elected mayor of Sparks and today is a Sparks municipal judge. 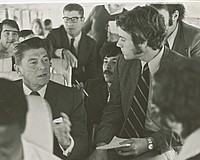