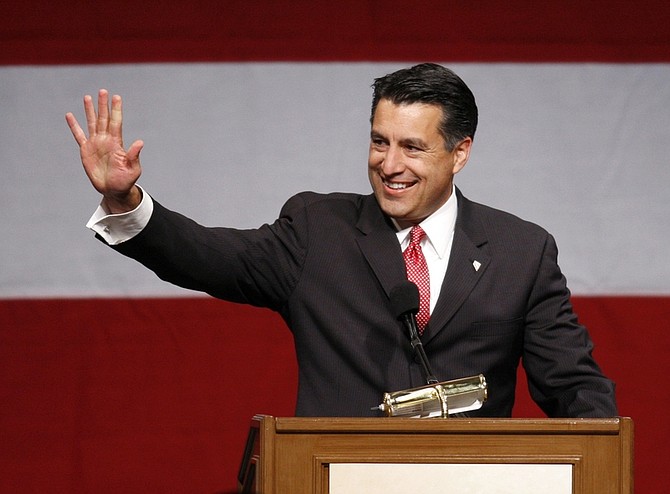 FILE - In this Nov. 2, 2010 file photo, Republican candidate for governor Brian Sandoval celebrates his victory over Democratic opponent Rory Reid at an election-night party, in Las Vegas. Twenty-six states elected new governors last month _ 17 Republicans, 8 Democrats and one independent _ and now they are going to have to reconcile their principles and campaign promises with some harsh fiscal realities. In Nevada, with a projected deficit of $1.1 billion to $3 billion, Sandoval is refusing to raise taxes, calling it &quot;the worst thing you could do&quot; during a recession. Nevada leads the nation in home foreclosures and bankruptcies and has the highest employment rate at 14.2 percent. (AP Photo/Julie Jacobson, File) 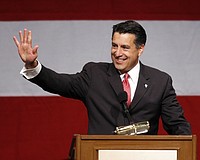