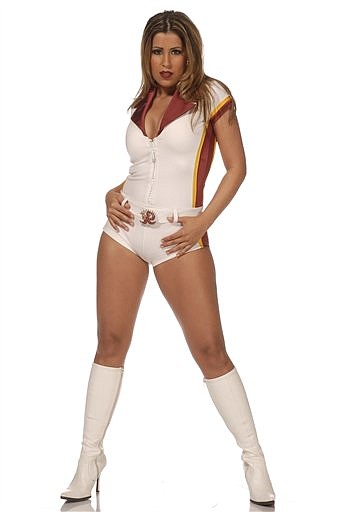 APIn this June 23,2007 photo released by the Washington Redskins, former Redskins cheerleader Deborah Flores-Narvaez is shown in Maryland. The performer has been missing since Dec.12 and failed to show up days later for a rehearsal of &quot;Fantasy,&quot; the nightly burlesque show at the Luxor hotel in Las Vegas.