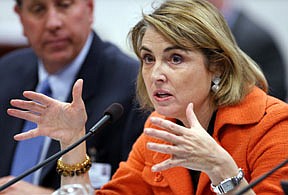 File-In this March 2,2011 file photo Nevada Treasurer Kate Marshall talks at the Legislature in Carson City, Nev. Marshall has said Obama&#039;s health care law is flawed, his deficit plan is weak and he needs to do more to create jobs. The Democrat with the best shot of winning a northern Nevada congressional district is a longtime party activist who isn&#039;t reluctant to slam President Barack Obama&#039;s economic policies. (AP Photo/Cathleen Allison,File) 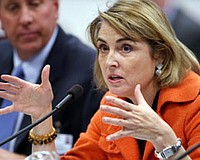