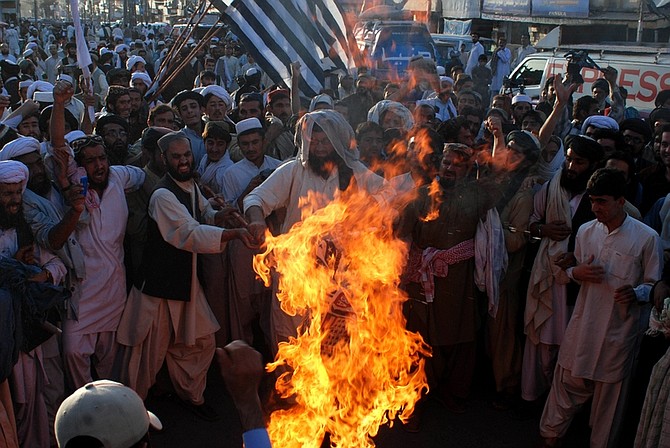 Angry supporters of Pakistani religious party Jamiat Ulema-e-Islam burn representation of the United States during a rally to condemn the killing of Osama bin Laden in Quetta, Pakistan on Monday, May 2, 2011. al-Qaida chief Osama bin Laden was slain in his hideout in Pakistan early Monday in a firefight with U.S. forces, ending a manhunt that spanned a decade. (AP Photo/Arshad Butt)(AP Photo/Arshad Butt) 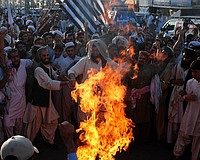