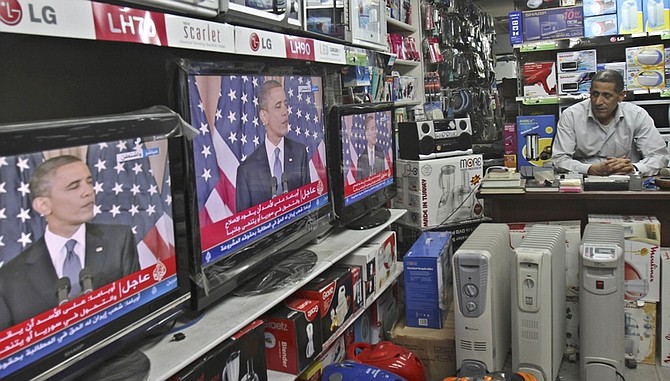 A Palestinian watches the speech of US President Barack Obama on television at a store in Gaza City, Thursday, May 19, 2011. Trying to advance debate in the explosive Middle East, President Barack Obama on Thursday endorsed a key Palestinian demand for the borders of its future state and prodded Israel to accept that it can never have a truly peaceful nation that is based on &quot;permanent occupation.&quot; Obama&#039;s urging that a Palestinian state be based on 1967 borders - those that existed before the Six Day War in which Israel occupied East Jerusalem, the West Bank and Gaza - was a significant shift in U.S. policy and seemed certain to anger Israel. (AP Photo /Adel Hana) 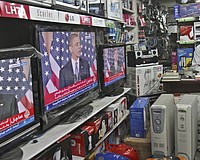