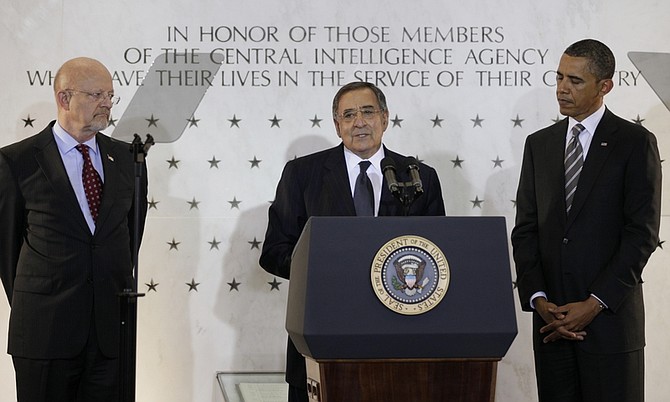 President Barack Obama, right, and Director of National Intelligence James Clapper, left, flank Central Intelligence Agency (CIA) Director Leon Panetta as he speaks to CIA employees at the CIA Headquarters, Friday, May 20, 2011 in Langley, Va. Obama congratulated the country&#039;s intelligence workers for the years of effort that led to the discovery and killing of terrorist Osama bin Laden, and their daily work in protecting America. He said he&#039;d never felt prouder or more confident about them, and told them they&#039;re proof that when Americans put their mind to something, &quot;there is nothing we cannot do.&quot; (AP Photo/Carolyn Kaster) 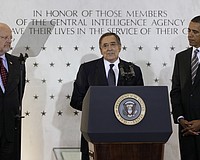 Bin Laden seemed to stick to schemes he knew best