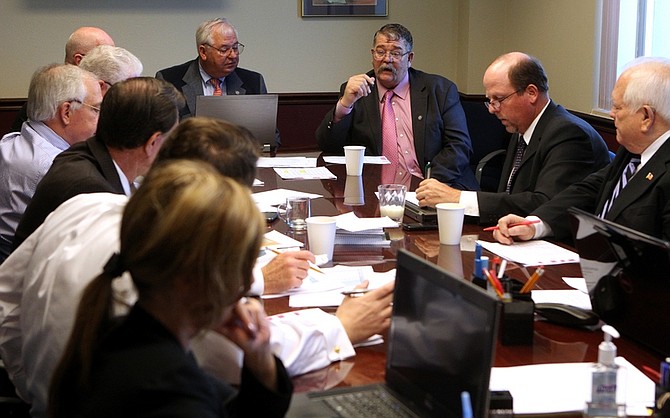 Nevada Assembly Minority Leader Pete Goicoechea, R-Eureka, center, leads a Republican caucus Tuesday, May 24, 2011, at the Legislature in Carson City, Nev. Both parties remain behind closed doors Tuesday to try to bridge the gap between the governor&#039;s recommondation and the Democrat&#039;s plan to add back $968 million to the state budget. (AP Photo/Cathleen Allison) 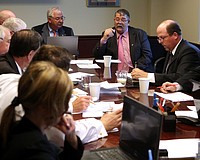