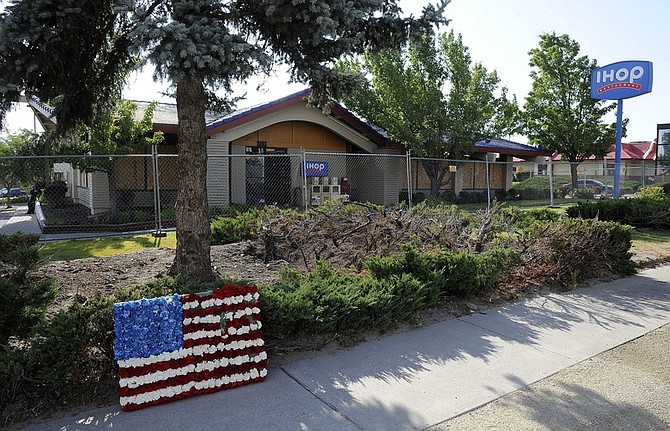 A U.S. flag made of carnations rest in front of the IHOP Restaurant in Carson City, Nev., Monday, Sept. 12, 2011. On Sept. 6, gunman Eduardo Sencion stormed the eatery shooting an assault rifle killing four people and wounding seven others. Sencion walked into the parking lot after the rampage and fatally shot himself in the head. (AP Photo/The Reporter, Rick Roach) 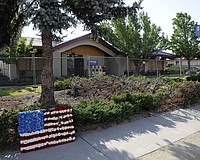